Catching up on PRIDE

Late to the game, as they say.

Growing up, I remember liking the feel of having a book in my hands. Any kind of book. It didn’t matter if I read them or not. As long as the cover was enticing and the blurb seems to be one that lured me to read it, it was ok. Whether I would actually read the book, is another story but as long as I had one in my hands. I felt safe. I felt complete. The bigger the book, the safer I felt.

My older cousin lived next door and at times it would be his books that would catch my fancy and I would borrow them. The books would range from thrillers to murder mysteries. But even when I had them, I knew that I would not read them but I didn’t care. I had a book in my hands and it was all that mattered.

Later I would inherit his entire Hardy Boys collection and I soon found that books were just not meant to be held and kept as some sort of talisman or a security blanket like Linus in the Snoopy cartoons.

Books, I found out then, were really meant, to be read.

And while I dived into those books like there was no tomorrow, I found a strange fascination for the character of Chet Morton. He was their “chubby” friend who usually provided the comic relief and would be wearing a yellow jalopy that he calls, “Queen” and labeled the “Pride of his life”. Clearly, there were gay references in the character description but what did I know back then. As I said, I was late in the game.

Unlike most who have come into terms with their identity early on, I came out when I was twenty-three. Officially, to myself that is.

Sure I had crushes in school and often fantasized about a lot of my classmates, but I always told myself that I was straight. That it was some offshoot of my personality that must never see the light of day and one that I had to live with because I was obligated by family and society to marry and have children. Coming from a strict, conservative family, clearly, the odds were against me. One that I could not even begin to appeal to nor contest. 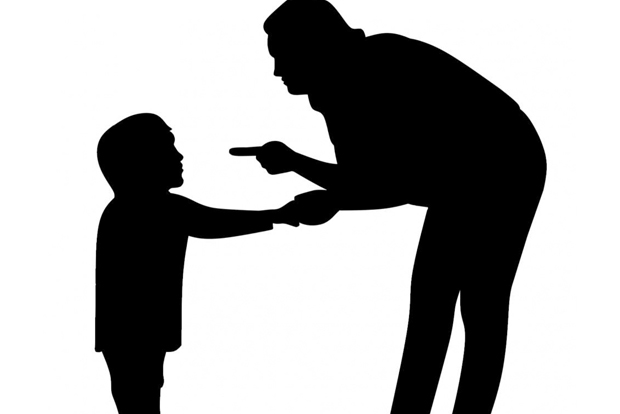 Later in my years, I tried to date girls and allowed myself to be set up for blind dates, but my fascination and attraction for guys never left me and plagued me day and night. In college, I knew classmates talked about me but no bullying of any sort like what we see in movies ever occurred. I guess my growing and open fascination with musical theatre and belting show tunes in between classes did not help my cause either in keeping up with the image of being straight.

In those days following graduation, I tried hard to fit in.

I worked like I was supposed to. Dated like I was required to and yet yearned for the guys that I knew were way above my range. They were the straight, the hunky ones and could never like a chubby, non-athletic nerd like me.

All of that changed when a college classmate, whom I still had contact with after graduation began raving about a book he read. He said that it made him cry and it was so beautifully written. I asked him what the book was all about and that if I could borrow it. He lent it to me and it was my first foray into gay literature.

The book was “The Front Runner” by Patricia Nell Warren.

The story, set in 1974 was about a closeted ex-marine named Harlan Brown who had to teach three potential Olympic-worthy star runners and his secret relationship with one of the athletes named Billy Sive. The book just tore off the chains on the door that I had locked and sealed in order to suppress my desire for guys. The book was beautifully written and it opened up my eyes to the fact that the book was indeed a love story.

With my eyes opened, I realized that it didn’t matter that the characters involved were two men and that it was primarily a story that was pure, honest, and reflective of the love that I was looking for and one that was missing in my life. It taught me that there was nothing wrong or shameful for two guys to be attracted to one another and that even a relationship between two men was ok. Love is Love, after all.

From then on, I scoured and devoured different books that pertained to the topic and the concept that I had feared to lay my hands and my heart on. It was as if the Universe answered my call and was only waiting to show me these other works for I soon started chancing upon them in bookstores without really having any title in mind.

Some of these are now considered classics and are in my personal reading recommendation.

Like “The Best Little Boy in the World” by John Reid, who later came out and in the later reprints used his real name, Andrew Tobias. That book at one point I absentmindedly left on the sofa one night and when my sister saw the book the following morning, she asked me why I was reading it and if I was gay. I had to tell her it was research for a story that I was writing. While Andrew wrote mostly about investment, politics, and insurance, he later wrote a sequel entitled, “The Best Little Boy in the World Grows Up”, which needless to say, I had to have.

There was also “Fancy Dancer” and "Beauty Queen", two more books by Patricia Nell Warren, and even the “Hite Report on Male Sexuality”.

One book at a time, the world of gay literature soon opened up for me and in no time I was seeing the world with a different set of eyes and listening to the world as well with more discerning and inclusive ears.

Janet Jackson’s 3rd eponymous album entitled “Janet”, may have been the album of 1993 but it was the album of my own awakening. Across the seas, the UK boy band Take That, further whetted my appetite and desire for boys with abs and showed me that men can equally be sexy and gyrate their hips provocatively as women can and do.

Finally, I understood what our straight counterparts were talking about whenever they saw a girl that they considered “fly”, “smoking” and just utterly desirable.

And while I reveled in my awakening that year, I was not prepared for the aftermath and emotional consequences that would follow later. Soon questions upon questions about being gay, my place in society, my place in the grand scheme of things came into question. And these very same questions were echoed in a book that I happened to find intriguing based on the title. I didn’t even know at the time that there was a movie version of it that was currently being adapted. That book was “Interview With The Vampire” by Anne Rice. In that book, I fell in love with Louis. I fell in love with his questions with his existential search for love and for meaning.

The book echoed my own search for identity and purpose and whenever I would meet fellow gay men during one of their group meetups or as the coined term goes, “Eye-Balls”, which is a gathering of fellow members of a chat group, I felt I was Louis meeting fellow blood-drinkers from the Théâtre des Vampires! I was ecstatic. I learned that there were others like me who were on the search. There were also others who were on the prowl. But I ignored that because, I finally found a group where I can be myself, where I can aspire to belong.

I knew that they were more of the seasoned lot and I was the ingenue. I was the newly turned and wanting to socialize with those who came before me, those who had and embarked on their personal journey, those who lived in the world longer than I had. Surely they had answers for me. Why does society treat us this way? Why do I not have an issue with homosexuality from a religious point of view but was more concerned with what was being required of me by society & by my family?

Later I would learn that the book itself was described as one long “gay allegory” by an interviewer from Advocate magazine. Like Louis, I longed for answers, and even if those answers spawned more questions, I didn’t care. The mere fact that I was asking meant that my search was valid. That my journey was important even if others told me that I would soon “lose my mortal coil” and ultimately become who I was meant to be? It wasn’t enough. I wanted a guarantee. I wanted a blueprint, a map that I can easily navigate.

And so I explored Louis’ journey further and immersed myself in the world of Vampires, New Orleans, Existentialism, and the constant search for self and soul-feeding sustenance. Along the way, I met and fell in love with Lestat, Armand, Marius, Pandora, Maharet, David Talbot, and the rest of the Coven of the Articulate. I also got to know the powerful Mayfair Witches and their own tale of family politics and search for power and identity amidst a history of sex and the supernatural.

These days, I’m happy to say that although my search is over and that I am happy with the person that I have finally become, Anne Rice is still and will always be my favorite author and one whose books and writing continue to inspire and invoke in me the desire to be a better writer and a better reader. One that is both determined and disciplined. One who knows what he wants to say and how to say it.

With social media being the one outlet that most of us can share our thoughts and perspectives on, books for me will still be the one platform where voices can be shared, can be honest, and can be as loud as they need to in order to be heard.

I am glad that we have this opportunity, via these pages, to share our own stories and our own journeys. One that would add another link in the never-ending chain of communication and connection.

Pride is more than just the parades and the emblems that we wear or give ourselves.

Pride above all is the meaning and acceptance that we give ourselves first before sharing it with others.

It is the armor that we clothe ourselves in as we face the world, a place where not everyone wears the same armor that we don, or even believe that we should even be wearing one.

While all men are created equal, alas they are not perceived as such.

And how we perceive ourselves should matter more.

The Demon of Guilt